The children’s folklore ensemble Šarišanček, collective of the Park of culture and recreation, was founded on March 17, 1986, when there was the founding casting. At the end of 1986, a musical and later a singing component were formed. The first directors were – Mgr.art. Alena Paulusová – organizational and artistic director, at the same time choreographer and the head of the dance section, Ján Saloka – the head of folk music, Roland Čura – dance pedagogue and Mgr. Michal Kišeľák – tutor.

During the first year of its existence, Šarišanček sharply “raised” among the top Slovak children’s folklore ensembles.
This is also evidenced by the awards for dance, music and singing interpretation on the 9th Children’s Folklore Festival in 1987. The popularity of the ensemble grew from day to day with many offers for performances. On April 30, 1988, Šarišanček presented its first feature programme called “Rodným krajom”. This was followed by other premieres and performances at various shows, festivals, on television, radio, and foreign trips.
Šarišanček exemplary represents the Park of culture and recreation, the city of Prešov, the Šariš Region and Slovakia in general at all its concerts.

Thanks to experienced teachers, the team has been developed into a quality artistic body capable of interpreting artistically demanding programmes.
During its existence, a number of children took turns in the ensemble, and folklore has become a lifelong hobby or even profession for many of them. The ensemble consists of three components – dance, musical and singing. 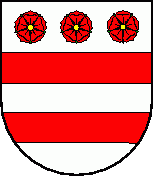